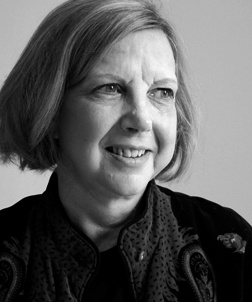 After receiving her Bachelor of Arts degree with a triple major in English, History and German from Marygrove in 1968, Kathleen O'Reilly headed to Georgetown University Law Center. Being the first woman named Georgetown's "Best Advocate" illustrates the direction Kathleen's career would take. She spent more than 30 years advocating for consumers and the powerless and ensuring that protections were in place for them.

Following law school, Kathleen was a litigator in private practice for five years. She then joined the staff of the Consumer Federation of America (CFA) as legislative director and later became executive director. She lobbied, drafted pro-consumer amendments and gave expert testimony more than 200 times before congressional and state legislative bodies. She was one of only two CFA lobbyists. During the early 1980s, Kathleen brought consumer issues to the attention of a greater audience in regular guest appearances on PBS's "MacNeil/Lehrer News Hour." She also was a frequent guest on ABC's "Good Morning America" and produced and appeared in segments on health, safety, insurance and antitrust issues on NBC's "Today Show" as well as on local television and radio programs. Kathleen traveled across the nation to advocate for legislation and regulation that would level the playing field for all consumers.

Kathleen lobbied and drafted language for amendments to the Equal Credit Opportunity Act, including the amendment that prohibited credit discrimination based on receipt of public assistance and/or secondary income such as a regular part-time job. These practices by retailers and credit card companies adversely affected women trying to obtain credit.

In 1980, Kathleen, a Democrat, endorsed by the Detroit Free Press, ran for Congress in Michigan's second district which then included: Livonia, Plymouth, Northville, Ann Arbor and Ypsilanti. The election went to the Republican incumbent.
Continuing her consumer advocacy, in 1983 Kathleen became executive director of the Wisconsin Citizens Utility Board (CUB), the state's 96,000 member consumer organization, a position she held for seven years. At CUB, she pioneered a number of consumer victories related to public policy for telephone, electricity and gas. Several set national precedents. Former CUB Board President Tom Lonsway noted that a number of orders of state regulators specifically cited CUB for having initiated petitions and arguments that resulted in decisions that saved hundreds of millions of dollars for Wisconsin utility customers.

In 1991, Kathleen returned to Washington and private practice. She served as Counsel to the National Association of State Consumer Utility Advocates and assisted in representing them before the Federal Communications Commission (FCC) and Congress. She has represented consumer and public interest organizations before regulatory commissions in California, Michigan, the District of Columbia, Pennsylvania, Texas and Oklahoma.

Kathleen is board president of the Center for Science in the Public Interest, has served on more than a dozen non-profit boards of directors and advisory boards, and has provided pro bono services to a number of Washington area non-profits.

Recently, Kathleen was named Special Counsel to the Inspector General of the FCC where she advises on the prevention and identification of fraud, waste and abuse in programs such as the Universal Service Fund as well as policies related to improving the efficiency of the agency's programs and operations.

With the assistance of Kathleen's husband, Reuben McCornack, low income church members in an inner city neighborhood established a Laundromat, BIG WASH, owned and operated by local residents. The landlord tried to force out BIG WASH and for more than five years, Kathleen waged an intense legal battle in the courts to keep it open. The battle went all the way to the D.C. Court of Appeals with a unanimous decision in favor of the Laundromat. According to her husband, "Kathleen also provided individual pro bono assistance and/or patient advocacy to several of the BIG WASH staff and neighborhood family investors, none of whom could afford to hire an attorney. In each case Kathleen succeeded in getting their jobs back, money refunded, better attention to cancer treatment, etc."

Kathleen attributes much of her motivation to the "extraordinary teachers and outstanding education" she received at Marygrove. That education helped give her the encouragement to examine issues with logic and compassion, and to question any authority that lacked either.